I'm thrilled to announce my new book, 'Fierce Imaginings: The Great War, Ritual, Symbol and God', due to be published by DLT in early 2017.

Structured around a series of icons of remembrance (cenotaph, poppy, battlefield pilgrimages, and so on) as well as family 'relics' of the war (a wallet, a photograph), 'Fierce Imaginings' examines the rituals of remembrance, the poetic possibilities and cultural impact of the Great War. It does so through the prism of my grandparents' and great aunt's 'lost' voices ,and the silences their silence generated. It asks what happened to spirituality and indeed to the meaning of 'God' as a result of that terrible conflict and it seeks to offer fresh readings of writers like Owen, David Jones, Rosenberg, Dorothy L. Sayers, J.L. Carr, & Isobel Colegate, among others.

David Moloney, Managing Editor of DLT writes:
I’m delighted to announce news of a book by Rachel Mann that we will be publishing early in 2017. ‘Fierce Imaginings’ is a superb reflection on the place occupied in our individual and collective memories of the First World War, what the rituals and memorials devoted to it now mean to generations increasingly distant from those who lived through and fought in the conflict, and how the wisdom of Christian spirituality can help us understand the subsequent century of lost innocence. Rachel’s manuscript is beautifully written – as anyone who has read her memoir ‘Dazzling Darkness’, or ‘The Risen Dust’ (her recent collection of poems and stories for Easter) would expect – and shares both personal memories and many that will be shared or recognised by so many for whom the wounds of the Great War lie deep within. Look out for this one – it’s a moving and fulfilling read. 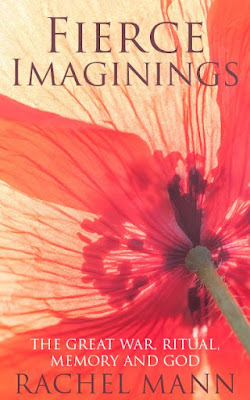